If you’re a vegan in/near London, chances are you’ve already heard about Vegan Nights LDN! The first ever event took place on a Thursday evening in September with 20+ different vegan vendors all serving up delicious plant-based goodness. The food festival (with a fully-equipped vegan-friendly bar) takes place at the Truman Brewery Boiler House on Brick Lane! 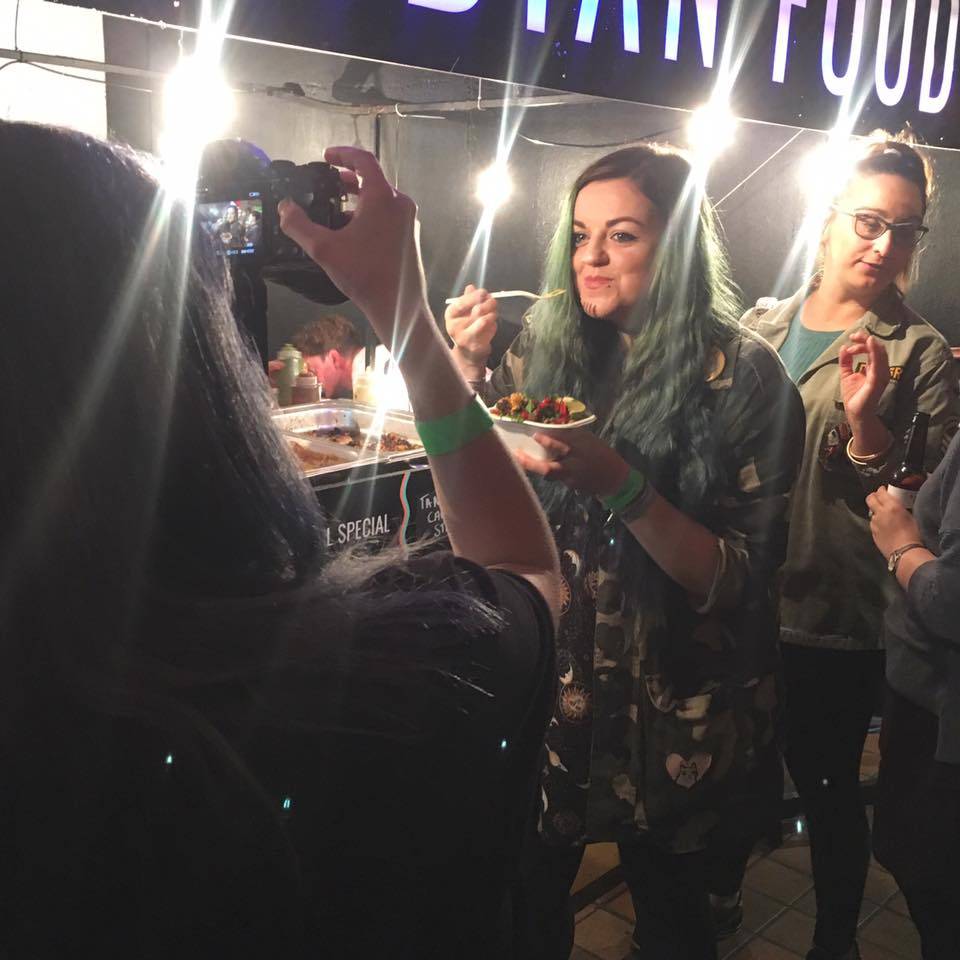 I had already planed to pop along to Vegan Nights LDN after work with my friend Ebz, but then Time Out London contacted me asking if I would like to be their presenter for the evening. This would involve me chatting to vendors and trying the food they had for sale, whilst being filmed on camera. The footage to then be made into one of those snazzy videos that Time Out do! Despite some initial apprehension I gladly accepted their offer – I mean, who doesn’t want to try multiple dishes from some of the best Vegan vendors in and around London? Ebz (check out her instagram here) came along too as originally planned, and helped me finish off all the food! 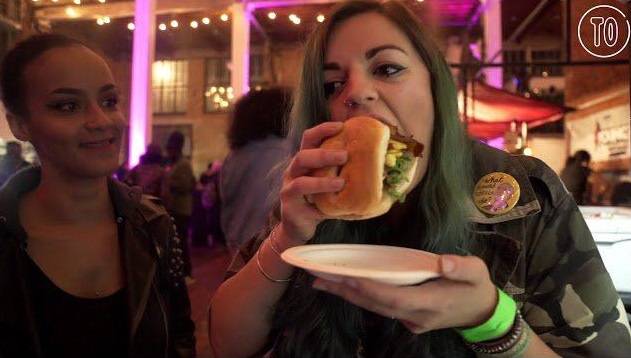 After 1.5 hours of a range of vegan deliciousness beyond my wildest dreams, we finished filming and the final video was made. Ya know, I don’t think I did too bad of a job! Before we get any further I would just like to take this moment to thank Time Out for originally choosing such a B-E-A-utiful photo of me mid-bite of a Temple of Seitan egg & bacon Burger as the thumbnail image on the video, it has now been changed though (thanks guys!), but for the funny factor I thought I would still show you it… Check out the oh-so-flattering photo above, as well as my presenting debut in the video on their Facebook page below, it currently has over 425k views (and is also on Time Out’s website & YouTube)! Hopefully you’ll see me in another one of their videos sometime soon…

The full list of vendors and dishes I tried at Vegan Nights LDN Vol. 1 are below:

Fancy going next time? Vegan Nights LDN returns for to the Truman Brewery Boiler House for Vol. 2 on 23rd November (the day after my birthday by the way – what a treat) and they have just posted their first line-up announcement…

For more information, RSVP to the Facebook event here. 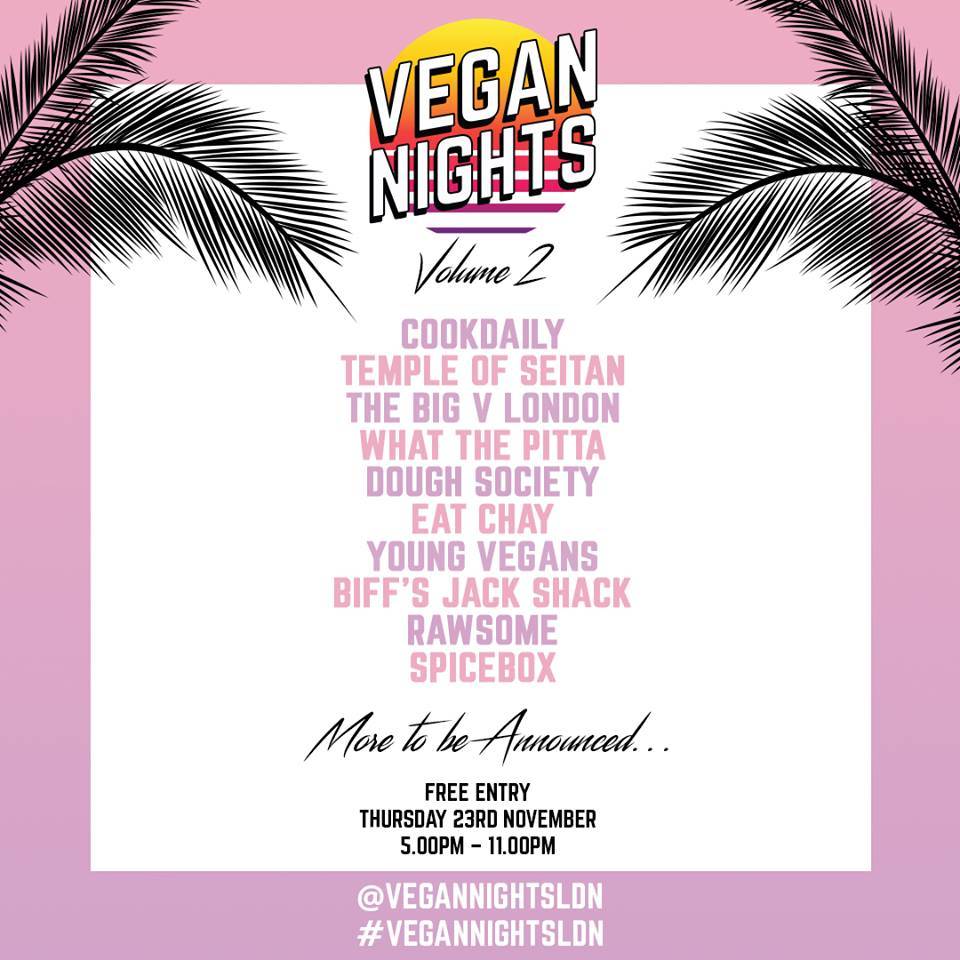 A word of advice if you’re planning a visit: it gets VERY busy and warm, so try and arrive early and don’t wear anything too thick/warm… Also take plenty of cash to buy food to your hearts content. Don’t bother making plans after, you’ll be so full you will want to go home and lie down… See ya there! 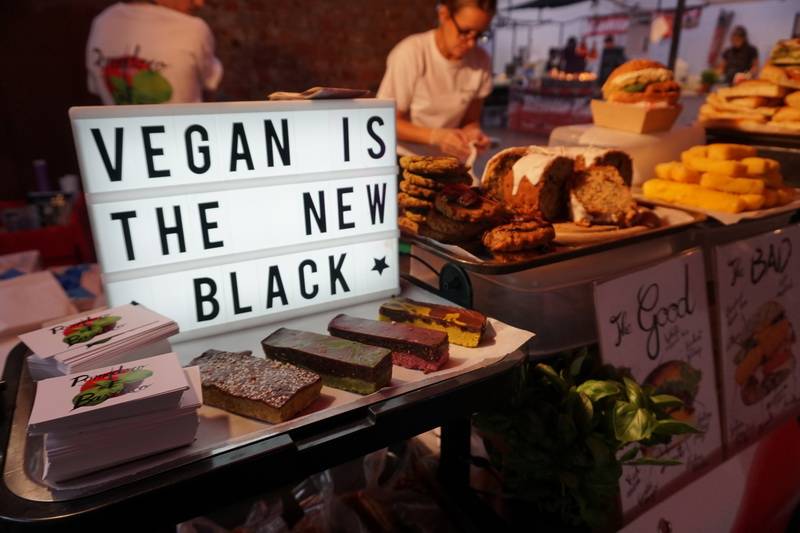 4 responses to “Vegan Nights LDN | Filming with Time Out London”