Today I’m sitting down with Jake Faun from a band called Empire Divide to chat about the music they write and what the band’s been up to!

Q. Hey Jake, it’s nice to sit down and chat with someone from a band that’s had some great things going on! I’ve got some questions for you to find out a bit more about what it’s like being in Empire Divide! First up: how did it feel to perform at Koko supporting the Augustines?

A. It was awesome, Koko is an amazing venue. It was nice to play a bigger stage with such a great sound system. You really get to hear what the songs you’ve been working on in a small practice space sound like to their full potential.

Q. Where else have you toured? And have you had any label showcases in London?

A. We did a UK tour supporting The Augustines. We travelled around the UK from Birmingham to Nottingham, York, Manchester, Live at Leeds Festival, and finished with the label showcase in London.

The label showcase was at the Sebright arms on 12th December, just in time for Christmas! It’s a fairly small venue but we wanted it to be packed so we invited many industry people, Atlantic, Island Records, our management team Insanity, our booking agent the Windish agency (Paradigm), plus all of our friends and fans most importantly!

Q. So you’re managed by ‘Insanity Group’, how did you decide who to work with?

A. We had a few companies that were interested in us but The Insanity Group seemed to fit best with us, with our plans and what we want to achieve. It’s funny we actually signed with Insanity before performing any live shows. We recorded our single ‘Velvet Sky’, made a music video and reached out to our contacts with our EPK (electronic press kit). Then off the back of that Insanity came to a rehearsal to meet us/watch us play to make sure we didn’t sound terrible, then after that they offered to be our management. Not bad for a band that hadn’t left the rehearsal room! 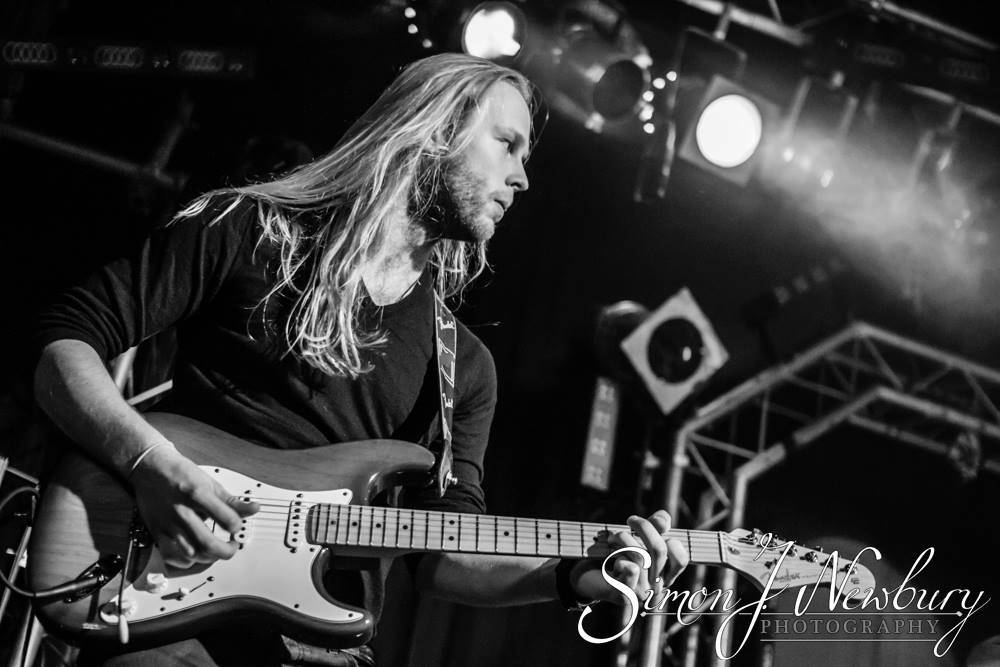 Q. Tell us about your song writing process.

A. There’s no strict formula, but it usually someone in the band will come up with an idea, a chord progression etc, then we’ll start jamming it out together in rehearsal and just see what comes out, we’ll all work out our own parts until we settle on something we like. Then we’ll make a rough recording (usually on a mobile phone) then Niall (singer) and Toby (keys/rhythm guitar) will go off with the recording and work out some lyrics, melodies, then they’ll come back to the rest of us and we’ll give our feedback to them and any other ideas that come to mind. Then we’ll just refine and rehearse until we like a song, then take it to the studio to record a take. So a pretty typical process I guess? Sometimes one of us will come with a fully finished song (which makes it easy for the rest of the band!), but most of the time it’s like I said before.

Q. If the band could have written any song that already exists by another artist – what would it be any why?

A. Well I’m sure we’ll all have our own opinions, but I think ‘Fix You’ – Coldplay would have been a great one to have written. Coldplay are probably closest to our sound, I think we’re a little rockier, but that song would fit quite well with our style and it was a big hit so I wouldn’t mind having written that! Personally though, not thinking about ED (Empire Divide), as someone who grew up on classic rock I’d love to have written ‘Bark at the Moon’ – Ozzy Osbourne. I used to play that song all the time when I was a teenager. In fact that was the song I used to audition to get into BIMM (Brighton Institute of Modern Music), so I guess I owe my degree to that song for getting my on the course!

Q. How long have you been in Empire Divide for, how did you join the band?

A. I’ve been with Empire Divide for about 2 years. Toby and Niall had already been working on ED in the studio together for years just as a duo. Toby knew Marcus (bassist) and Sam (drummer) from a different band they used to play with so he asked them if they wanted to be part of this new project. I already knew Marcus and Sam from university so shortly after they joined the band, they asked if I wanted to join as they needed lead guitarist.

Q. How do you prepare your live show?

A. First we decide what songs we’ll play, then we’ll rehearse the songs and the running order to make sure the set has a seamless flow with minimal breaks between songs. Nothing kills a bands vibe like a massive pause between songs. At the moment we’re working on programming some sounds onto backing tracks as a lot of what we record in the studio can be hard to replicate live with only 5 band members. So things like additional keyboard parts, any additional backing vocals we can’t all perform between us etc will go on track. This should help us sound just like our recordings and will keep continuity in the set. We’re trying to do as little to track as possible as we still want to remain a live band but unless we hire loads of additional musicians we’ll need to do a few things to track. 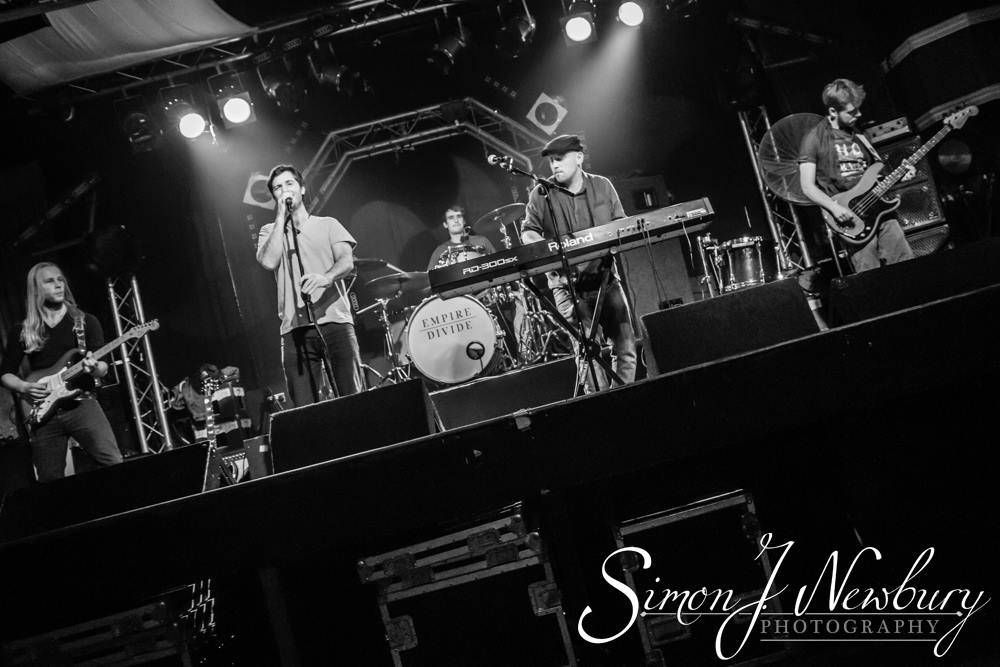 A. In this band I really enjoy playing ‘Walls of the city’. It’s quite an epic song that starts off really simple and bare, just me on guitar with keyboard accompanying, then it builds to a big climax similar to ‘With or Without You’ by U2 in many ways, except our song is a bit happier! It’s also quite a challenge to play as the guitar part is such a simple arpeggiated sequence that just keeps going without any breaks underneath all the other parts, it can be easy to make a mistake if you don’t maintain focus and because the first half of the song is basically me without any rhythm section it would be very obvious if I made a mistake! So I guess that’s one of the reasons why I enjoy it, there’s a lot of responsibility on myself to hold the song together.

Q. If you could support any artist/band dead or alive who would it be and why?

A. Again I’m sure we’d all have different answers for this, as Empire Divide I think it would be great to support Kings of Leon, The Killers, Muse, Foo Fighters, Coldplay, any of those guys as we’d be playing to the right kind of audience. It would be easy to pick up fans I think. But speaking personally, I’d love to tour with a band like Van Halen, back in the 80s when their stage show was all about excess. To see what really goes on back stage and to see them in their prime I think would be awesome!

A. Well hopefully after our recent showcase we’ll have a few offers from some labels so it would be great if we could sign with a label. After the showcase we’re taking a short break from touring to head into the studio to record our EP, once we have this finished our management will be able to promote us and book us onto more support slots and festivals next year. I’d love it if we could do some international shows, SXSW for example, there was talk of that this year but unfortunately we couldn’t make that happen in time. I suppose that is something we can look forward to next year!

That all sounds so exciting Jake, thanks for chatting with me, it’s been a pleasure… And good luck for the future!